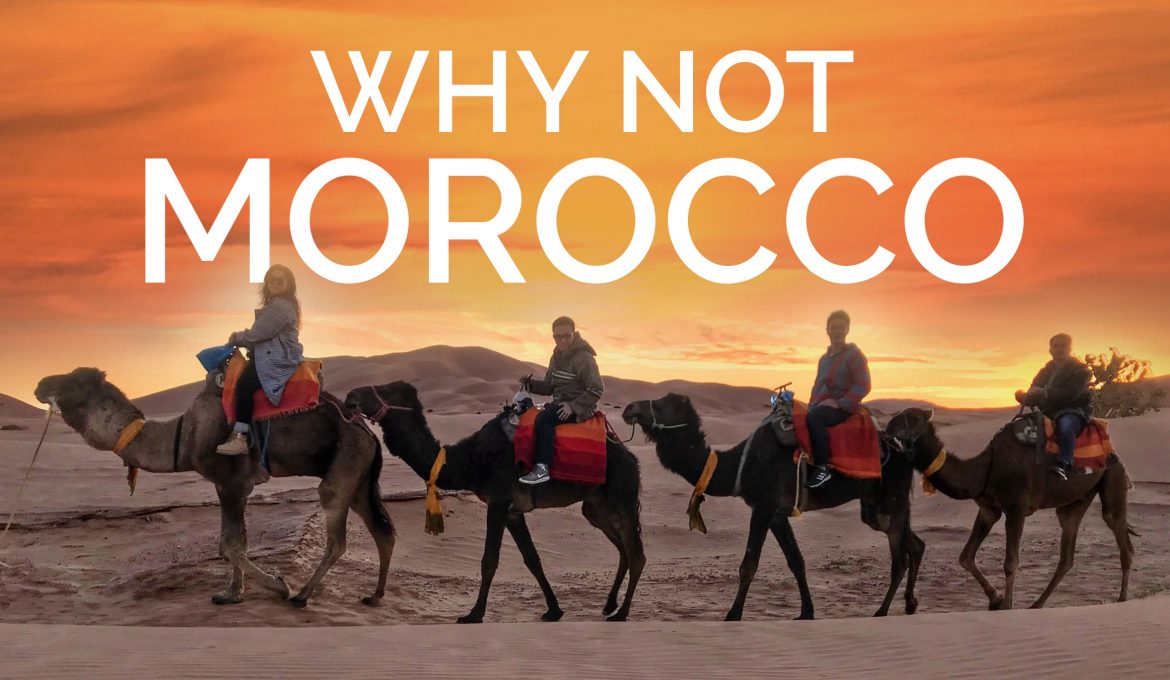 This was usually the first question people asked me why my friends and I had decided to spend money on a vacation in this exotic-and-mystical-by-reputation country in North Africa.

In the Philippines where we’re from, when people think of going on a vacation outside of Asia, it would usually mean the US, Canada, or somewhere in Europe. And if it is to Africa, it would be to Cape Town or Johannesburg.

So yes, “why Morocco?” is a fair question.

When my friends and I started planning our 2-week holiday, we had 3 main considerations:
1. The place had to be unique where not many folks we know have been to, so the harder the path to the destination, the better
2. It needed to have an interesting history
3. It had to be very rich in culture

As the trip organizer I was tasked to do the research, which I love doing anyway so it wasn’t a big deal. I had initially built a list of about 6 destinations, which by process of elimination was trimmed down to 3. Each time we reviewed the pros and cons of one versus the other, Morocco consistently came on top. And, as the organizer I would like to take credit for being the one who eventually sealed decision that this was where we needed to go.

Morocco has long fascinated me from the first time I saw the movie Casablanca when I was 15 (I won’t tell you what year else I divulge my age! ☺), to the stories I had heard about the surreality of stargazing in the sands of the Sahara. And the fact that what I consider to be the best TV series of all time “The Game Of Thrones” had multiple shoot locations there, I knew I could not pass up an opportunity to experience the country, culture and its people.

After months of planning and countless hours of research, fast forward to the trip itself.

In a span of 2 weeks, we managed to cross oceans and continents by traveling a total of 32 hours to go from Manila to Marrakech. We cut across the country and covered innumerable miles and hours across mountains and valleys to go to places like Essaouira, Ourika Valley, Aït Benhaddou Fes, Chefchaouen, and Casablanca. And finally, we again crossed continents and oceans for 25 hours to get from Casablanca to Manila. At the end of the journey, we could all sing a big AMEN to the fact that Morocco did not disappoint, rather it exceeded our collective imaginations.

Everywhere we looked there was beauty which made for a multitude of Instagram-worthy photos. And every place we went to had its own unique personality which kept the entire trip interesting. 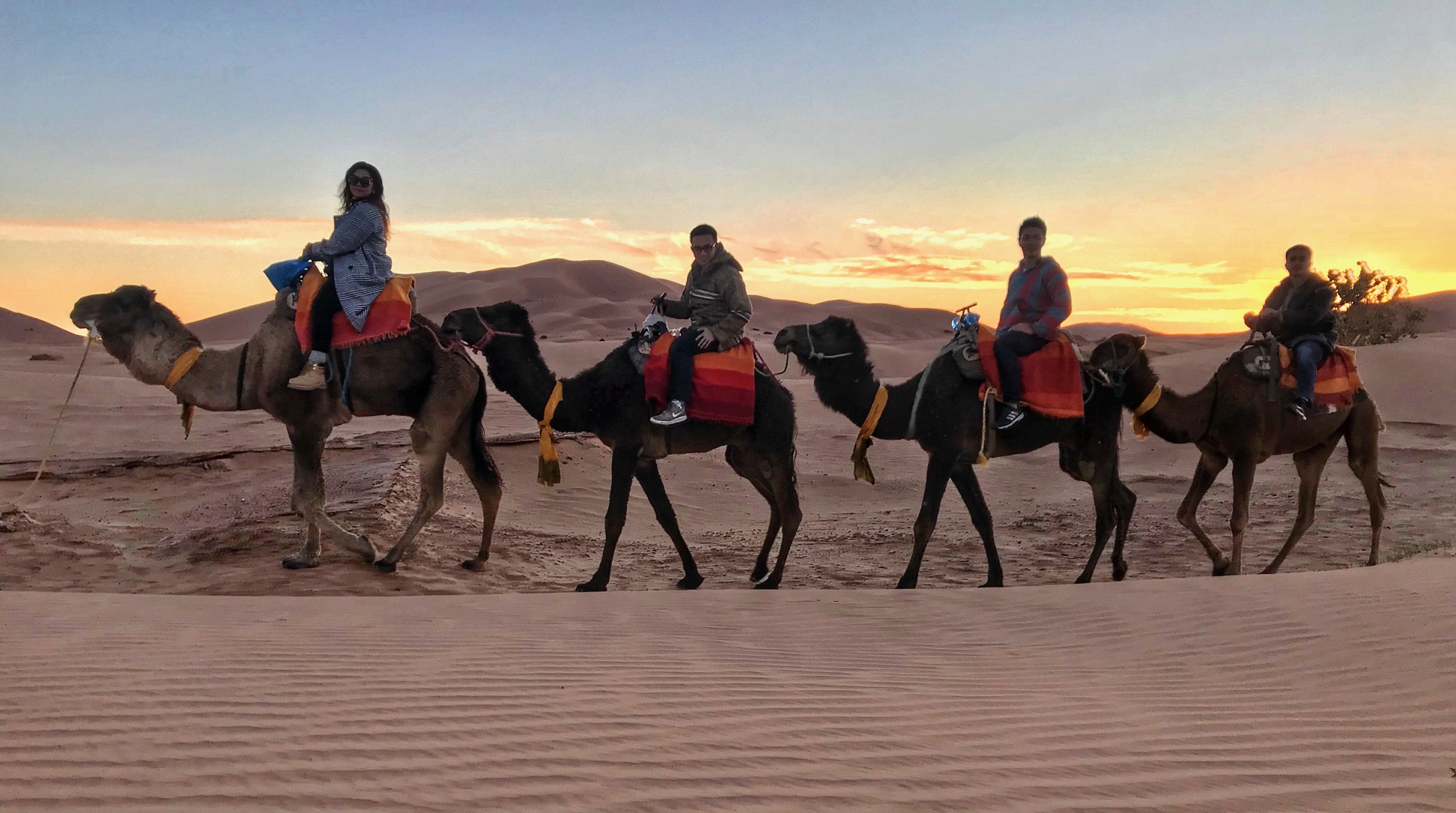 So just what were the highlights? Here were my top 5:
1. Instagram Explosion! Over the course of my existence as a citizen of this planet, I’ve learned to strike a balance between living in the moment and experiencing life as it happens, and capturing memories on film – and by film I mean phone. The amount of time we spent in Morocco afforded us the opportunity to do both without skimping on one or the other. Our best experiences and of course best IG photos were at the Game of Thrones shoot locations in Essaouira and Aït Benhaddou, atop the Atlas Mountain, the Sahara during sunset and sunrise, and pretty much everywhere in the blue city of Chefchaouen.

2. Jemaa el-Fnaa – The most mentioned place to see in the guidebooks and blogs I’ve read, this place caused a sensory overload. From the smell of the tea and spices, to the sounds of vendors selling their wares and music from snake charmers, to the vibrant colors of the lamps (sadly didn’t come with a genie) and carpets that unfortunately didn’t fly (I can only assume that the flying variation had already been phased out).

3. Snow! I have been to a fair amount of counties, and have experienced winter once before. But until our trip to Morocco in February this year, I had never ever seen snow. Which brings me to…

4. Snow, atop the Atlas Mountains! As if seeing snow wasn’t enough, I had an intimate first hand-experience of snow on our rather unexpected trek up the mountains. When we booked a car to Ourika Valley, I figured we’d only be having tea and lunch with a Berber family as per my research. Little did we know there was an optional trek and our guide asked if we wanted to go. When we looked up the mountain, we could see so much ice covering it although there was hardly any snowfall if at all. What gave us more pause was that while we were dressed for winter weather, we most definitely were not for trekking (sneakers and jeans, yikes!!!). But since we were already there anyway, add the fact that our sense of adventure kicked in, we obliged. We trekked, walked, climbed, slipped, regained balance (repeat) for a good 45 minutes. When we finally got to the top, oh my kindness, the views were breathtaking both literally and figuratively speaking! 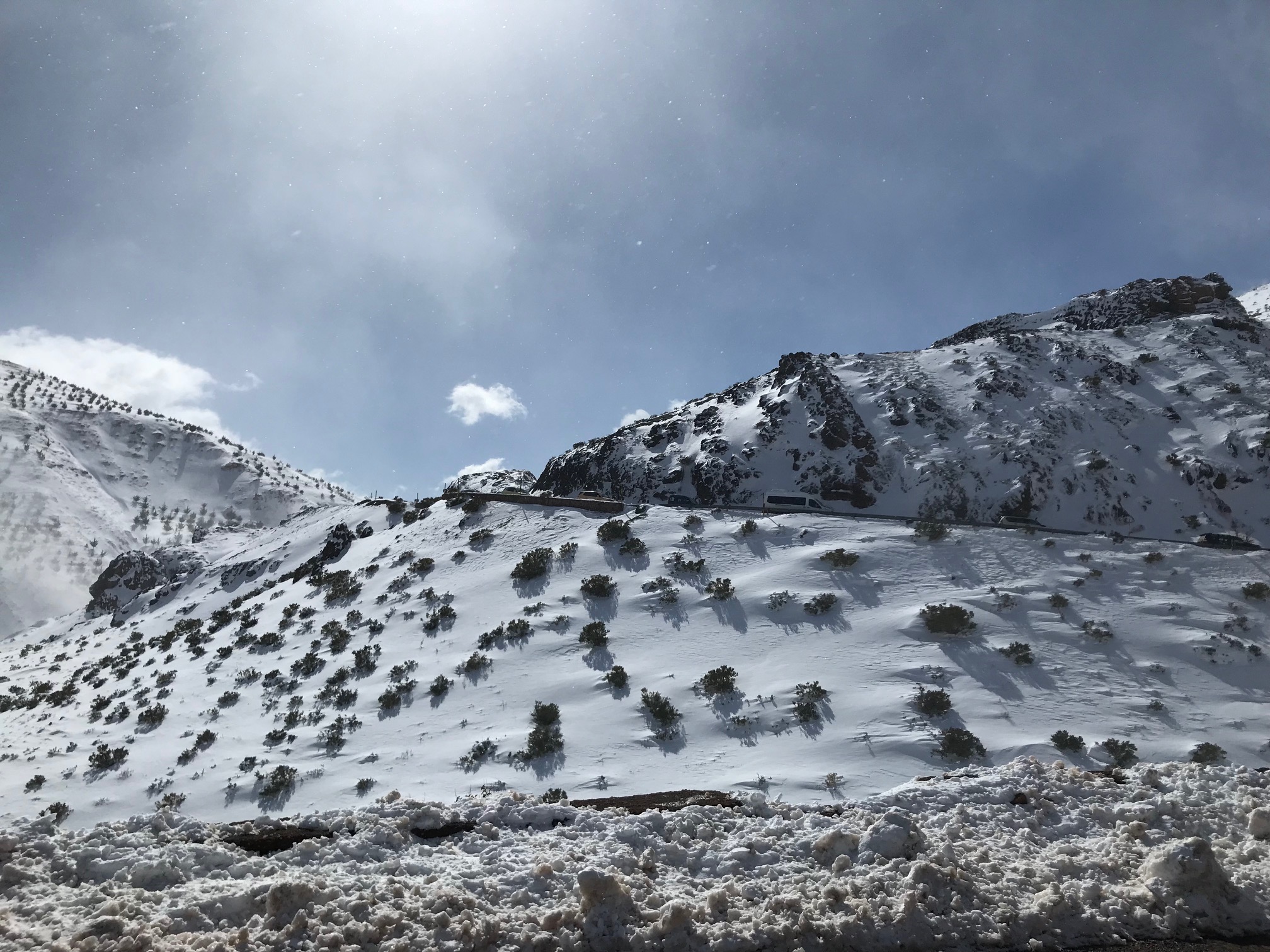 5. The People – Moroccans are some of if not the friendliest people I’ve ever encountered. This list in my head that I am making the comparisons to include the Thai and my fellow Filipinos. 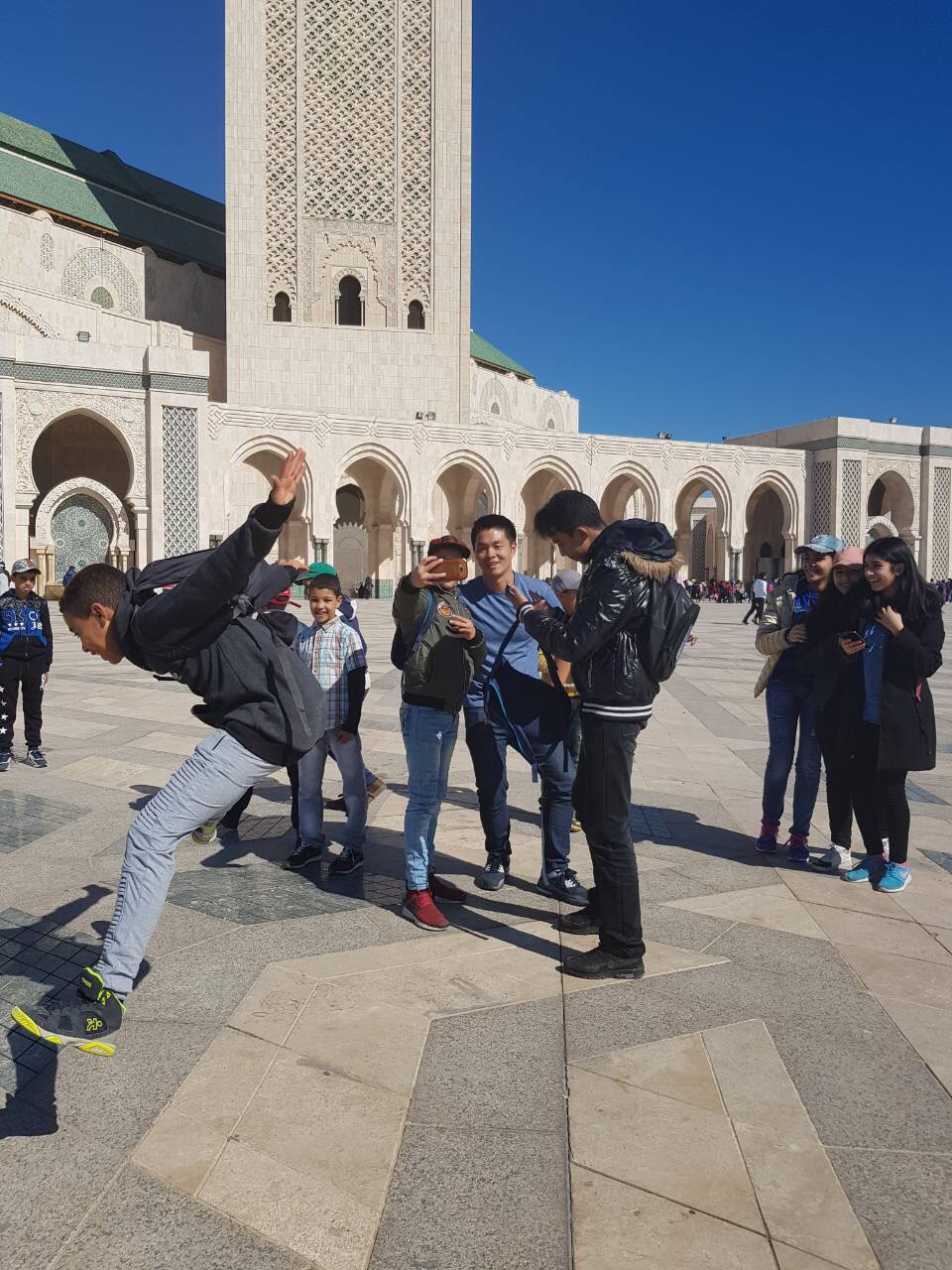 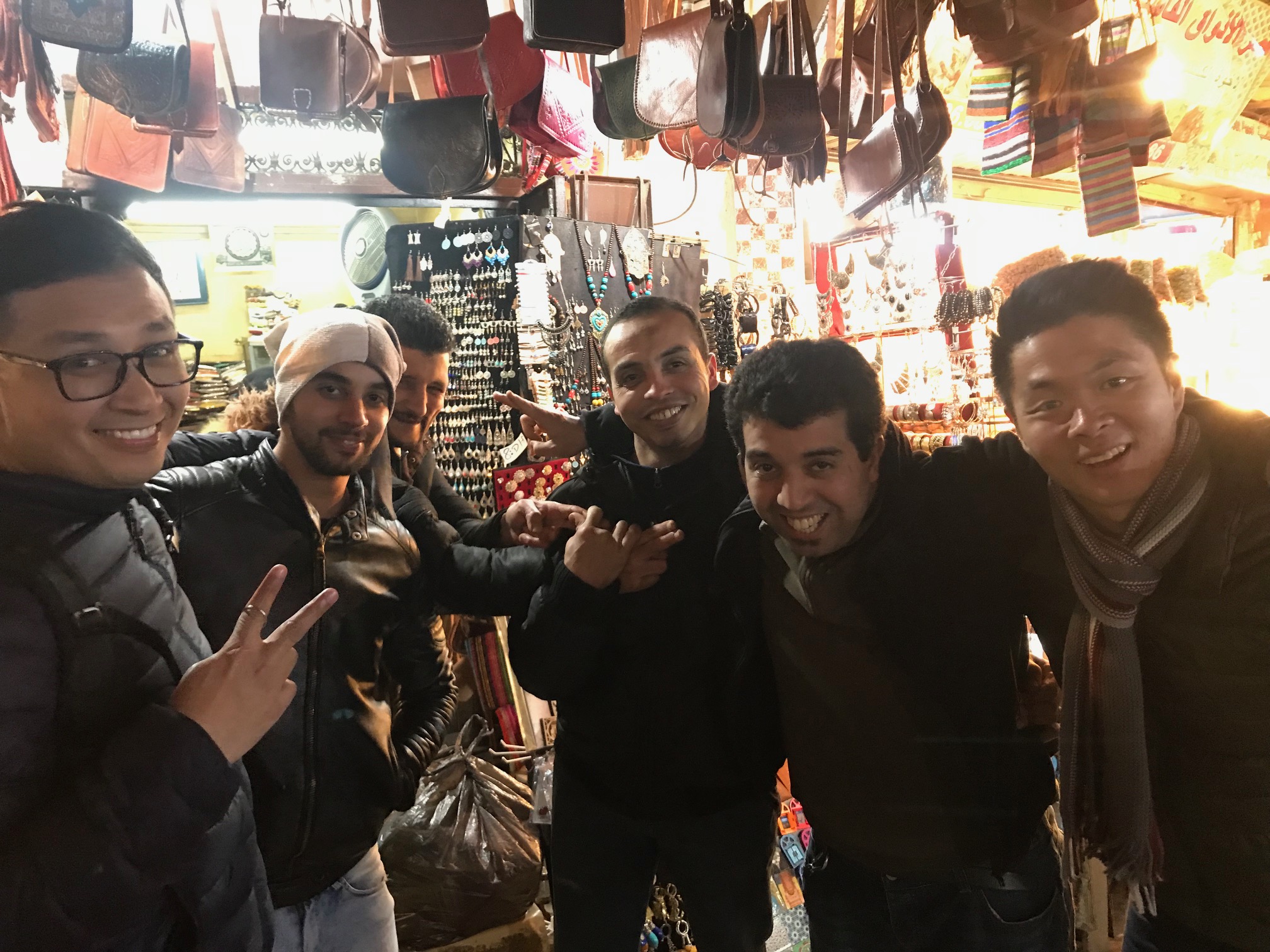 They say when you encounter a local and you have a conversation with them, it feels like you’ve gained a friend for life. Truth be told, a handful of the folks we met in Morocco are now on our Facebook contacts list – some I still chat with once in a while.

It’s been half a year since our trip to Morocco and I continue to sing praises about this fascinating country.

So why Morocco? I say WHY NOT MOROCCO? 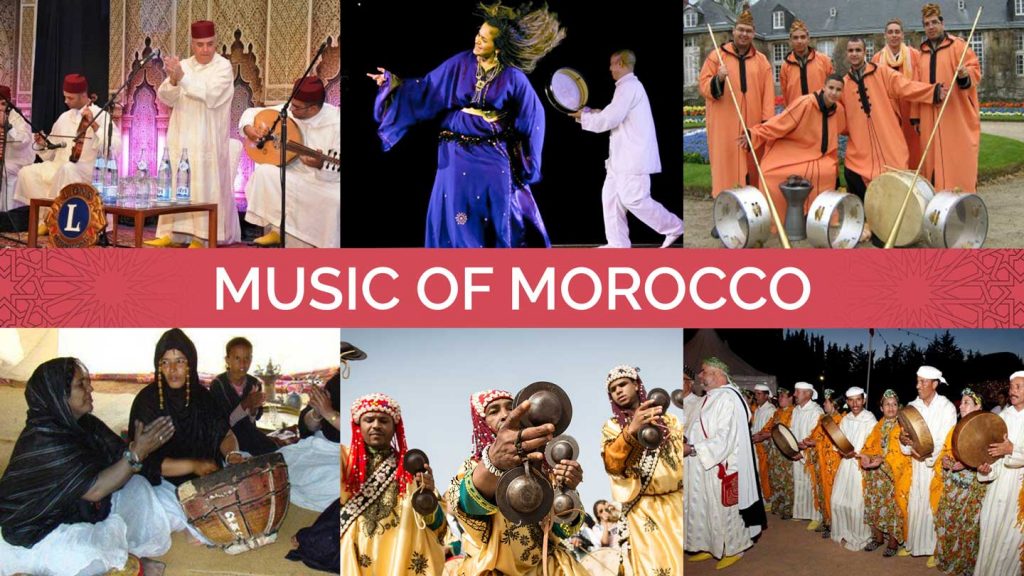 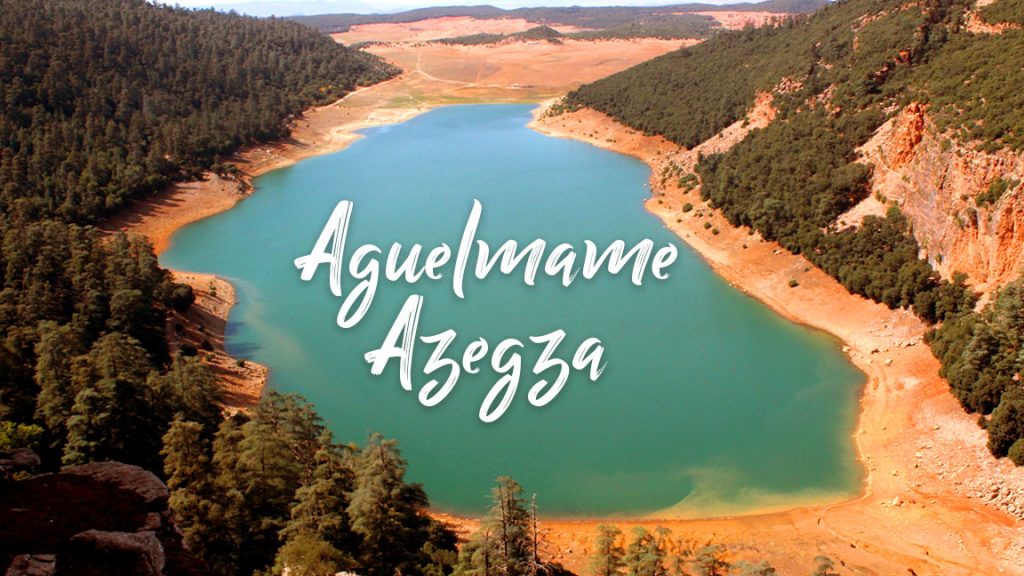 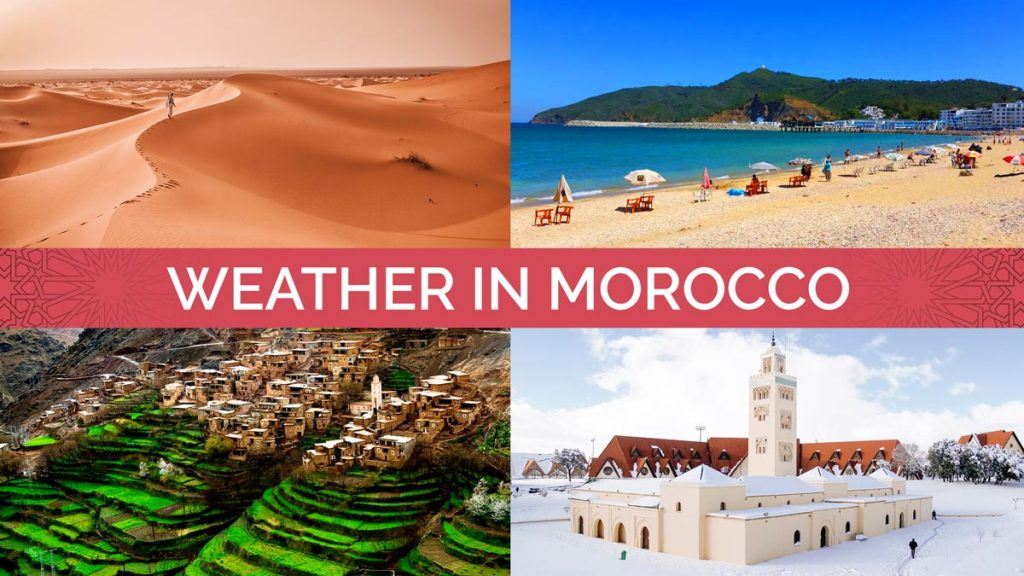 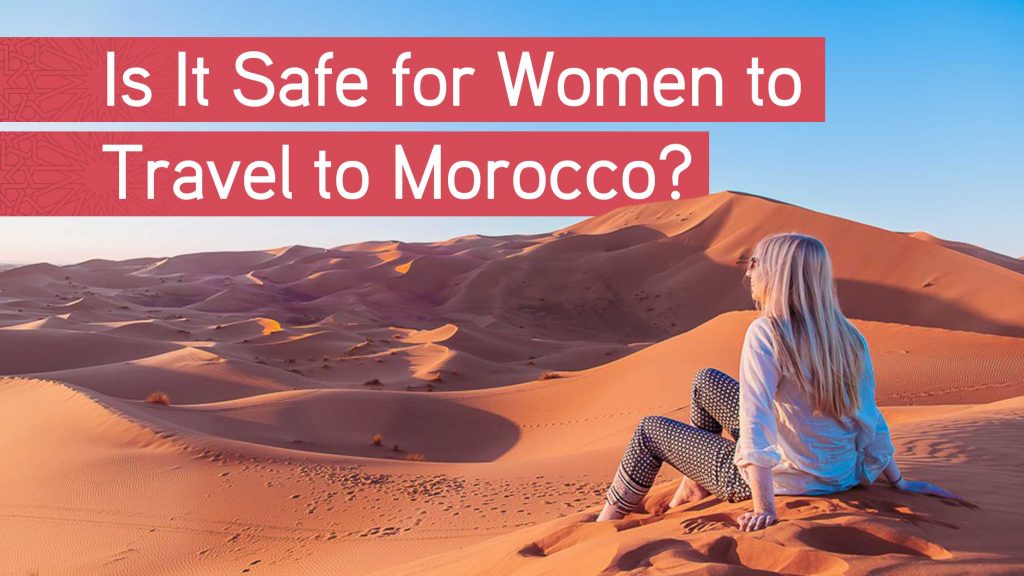