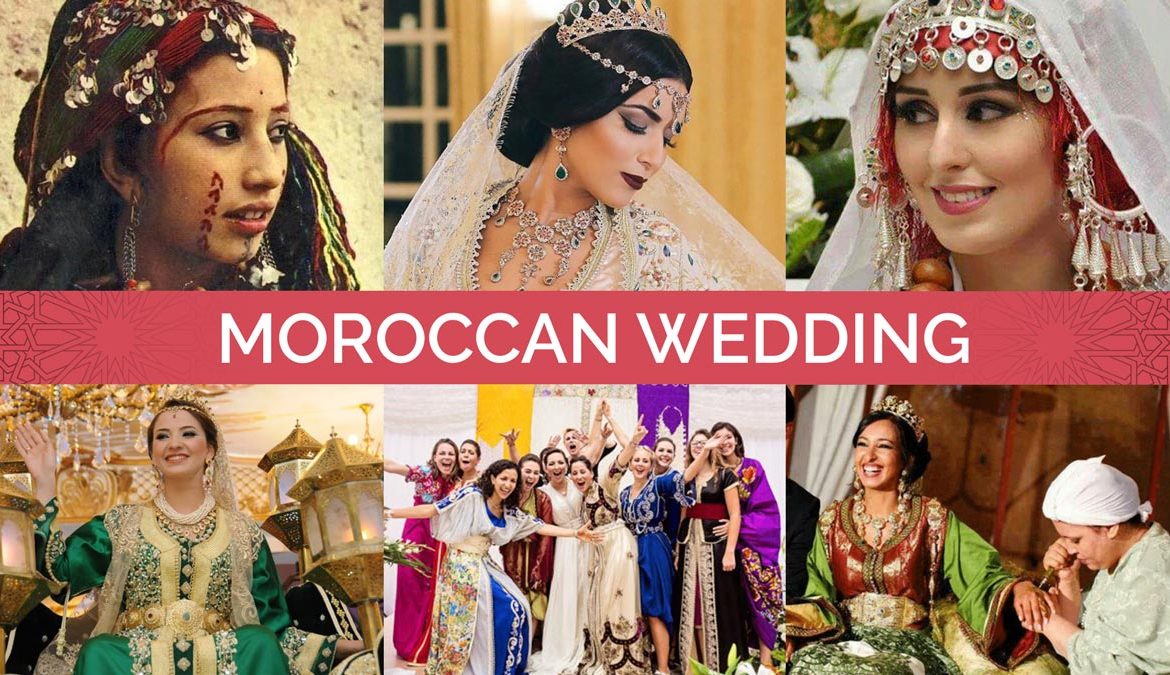 “Every bride is beautiful on her wedding day. In Morocco, she gets to be a queen too” (Van Wagner). Every country has different and unique traditions and ceremonies. Morocco is not an exception. The traditional Moroccan wedding is rich of details and meaningful processes. The bride gets to dress in several outfits and the food as well as the music varies between traditional and modern. The Moroccan wedding process can take up to five days because there are several pre-wedding traditions that come before the main wedding day. The Moroccan wedding is quite expensive, elaborate, and diverse.

Morocco is a land with a very rich culture, traditions, and heritage. When a girl gets married; she gets to keep her last name.  She keeps the name of her father and grandfather in order to maintain her family tree. The majority of Morocco’s population is Arabs and Berbers. Ninety nine percent of the population is Muslim and the rest are Arab- Jews.  A marriage can either be arranged or by personal choice. Today the new generation’s percentage of arranged marriage decreases.

Young couples usually have little opportunity to meet or to get to know a person of the opposite sex. However, no matter what the new generation decides, family always comes first. A marriage has to always be blessed and accepted by families even if a person has the right to marry anyone he or she wants without the consent of his or her parent.

The wedding is quite expensive in Morocco. The engagement period can last from six months to two years. When the couple set a date for their wedding, the preparation begins and usually the wedding takes place at the bride’s city. A week before the wedding, all the women in the family work in the kitchen and start making traditional Moroccan cookies, pastries, and tea to serve guests before and on the day of the wedding. Usually all the family, friends, and neighbors are invited, and the family comes from all over the country, even from overseas.

Hassna a Moroccan bride said and tears on her eyes “Everybody is preparing for this wedding, everyone is taking care of me and I’m really feeling as a queen.”  Extra food is cooked to cover the unexpected guests, and there are always unexpected guests in the Moroccan wedding. The outfits of the bride must be prepared weeks earlier. Some of the outfits are just rented to be worn in the day of the wedding. The wedding usually takes place in a unique rented hall on a glamorous location that is decorated traditionally. The music varies between modern and traditional; therefore, there are at least two different bands: one that plays traditional music and the other that plays contemporary music.

The Hammam day is the day when the bride takes a trip with all her female friends and family members to a Hammam which is a public steam bath or a Turkish bath. On this day, the bride gets cleaned up and relaxes with a massage to relieve her stress. Usually, the public bath house gets rented on that day and is reserved for only the bride and her family members. The bride will be taken to the steam bath house with a group of females singing and dancing in joy.

The Henna ceremony is an important pre-wedding tradition that comes one or two days before the actual wedding day. On this day, the hands and the feet of the bride are painted with henna, which is a grounded plant mixed with hot water that they believe  brings good luck. On this day, female friends and family, including young girls whom paint their hands and/or feet to bring good luck. This event gets supervised by the “Negaffa”, a professional woman, who takes care of the wedding processes. Amina is a professional says “A wedding without a Negaffa is like a country without a president.” The Negaffa is important in any wedding, without her, things will not go well.  She is usually an older married woman.

The main day is the big event. The day of the wedding is a day full of frenzy. All the females try to get their hair and dresses done, and everyone is running to make this day perfect. Usually weddings in Morocco happen in spring or summer time. Some weddings start in the afternoon, but most of them start at nine o’clock at night. Most of guests start arriving to the event around that time.

All women look like princesses with their beautiful “Caftans,” which is a fancy traditional dress. After everyone arrives, people begin gathering around their tables for dinner and usually are served hot tea and cookies then a two or three delicious meals with a cold drink.

After that, they get served cookies and pastries with hot tea again. The bride and the groom receive their dinner privately. After dinner, loud Arabic music begins and people crowd the dance floor, some dancing and some just sitting and watching.

As observed in western weddings, the bride wears only a white dress for the entire event. In Morocco, the bride wears four or five outfits. First of all, the bride enters with a white fancy traditional ‘Caftan’; then, she changes to a Berber outfit. The groom changes his outfits as well. After that, the bride changes to an outfit that represents the northern region of the country. Next, she wears an outfit that represents the ‘Sahraoui’ people in the south. In some weddings, the couple will add Chinese and Indian outfits.

Therefore, hosting a Moroccan wedding is usually very expensive, nuanced, and elaborate. Western weddings are simple compared to the Eastern weddings in general and specifically in Morocco. Every country has their own wedding’ traditions but attending a week of joy and happiness preferred than a one day of joy. 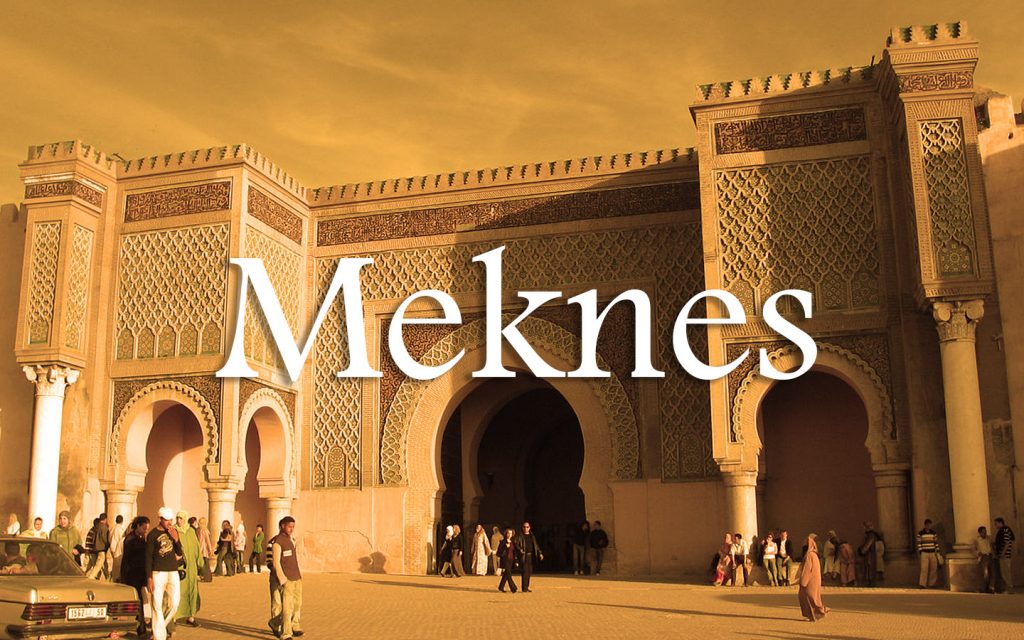 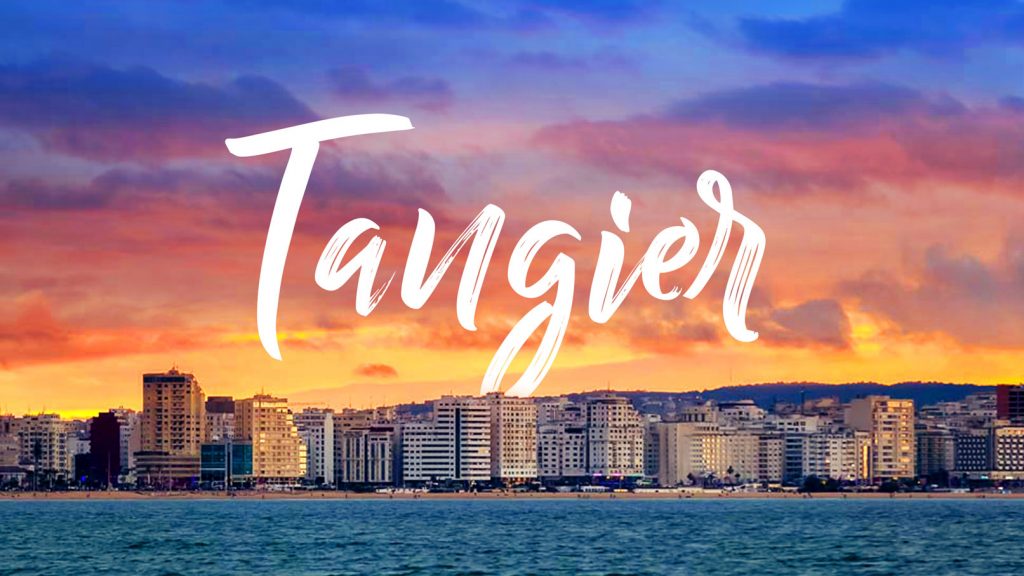 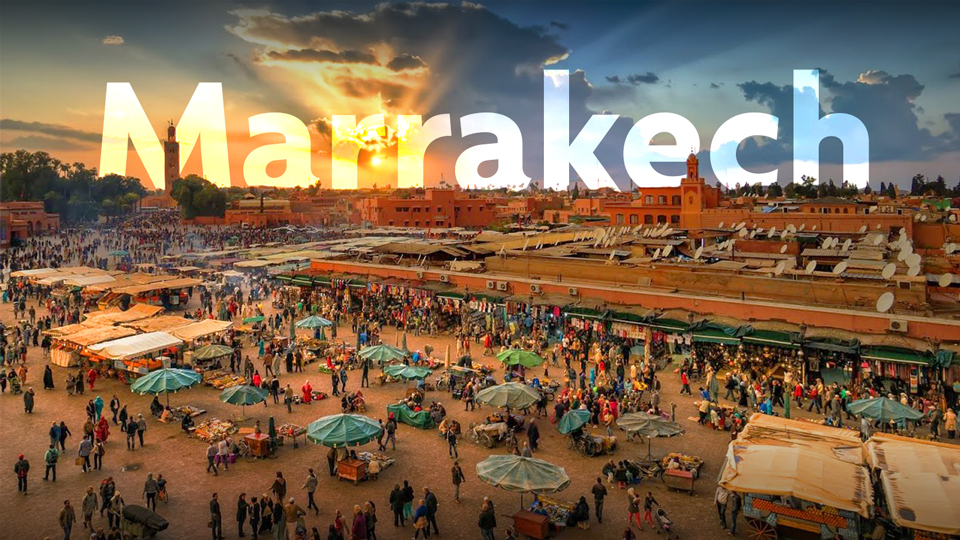 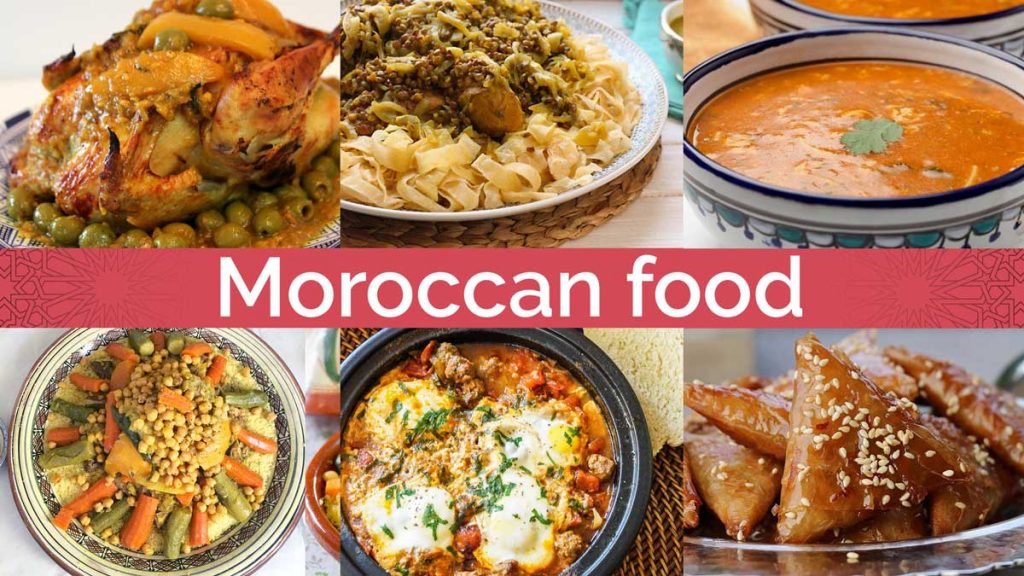